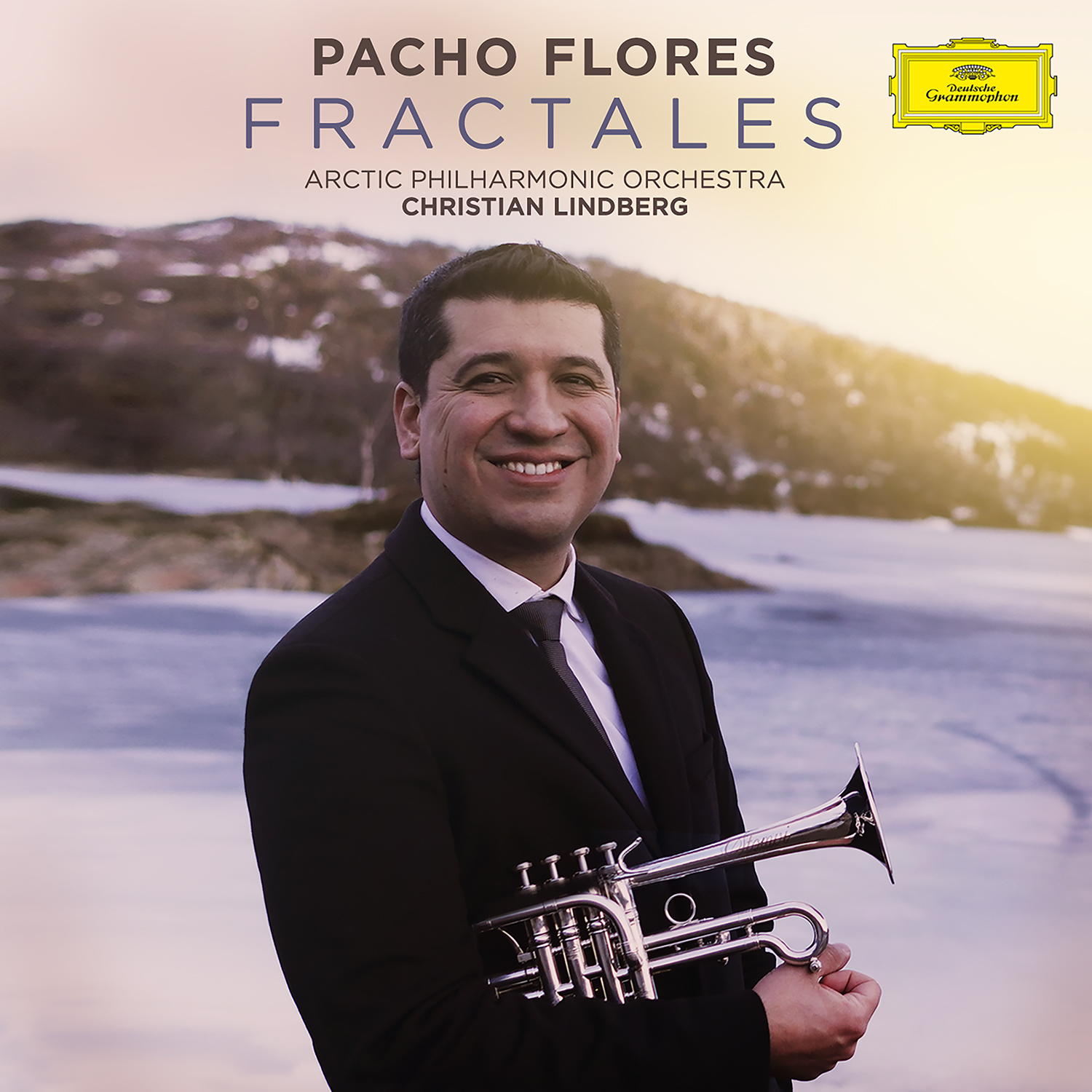 Pacho Flores, together with Christian Lindberg and the Arctic Philharmonic Orchestra, presents his new Deutsche Grammophon recording FRACTALES. Recorded last May at the Stormen Hall in Bodo, one of the Norwegian orchestra’s headquarters, FRACTALES includes trumpet masterpieces such as Haydn and Arutunian concertos, the astonishing contemporary composition Akban Bunka by Christian Lindberg and some of the key works in Pacho’s repertoire such as his own transcription of Sarasate’s Gypsy Airs and Efraín Oscher’s arrangements of Tom Jobim’s Chega de Saudade and Piazzolla’s Oblivion.

Some of the works included in this recording will be played in the tour presentation concerts in Bodo and Tromso, Norway (Haydn and Arutunian), the Amsterdam Concertgebouw (Haydn) and the ADDA Auditorium in Alicante, Spain (Lindberg).