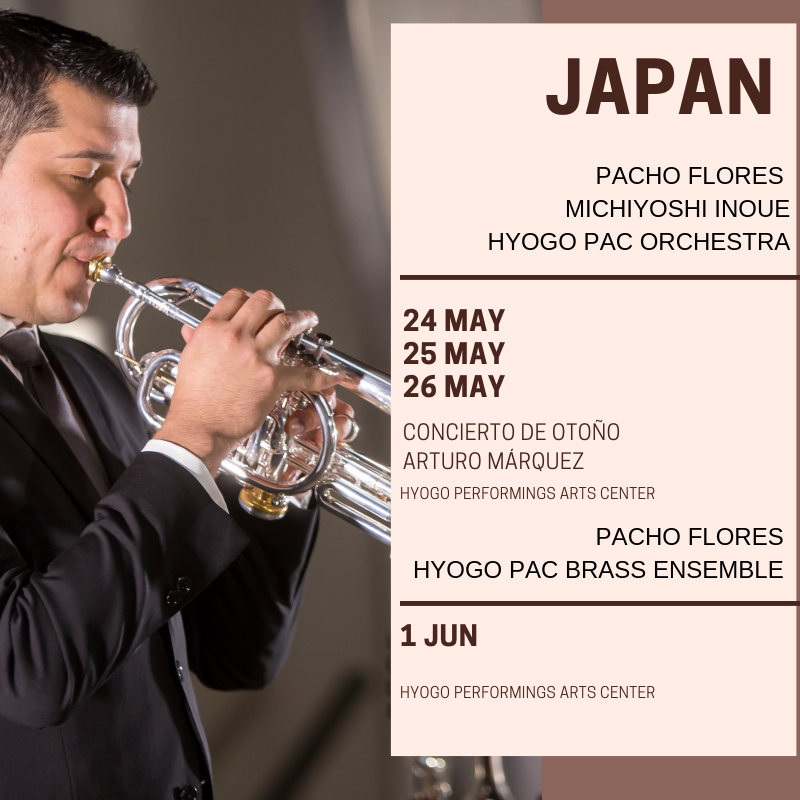 Pacho Flores faces the Asian premiere of Arturo Márquez’s Concierto de otoño with the Hyogo PAC Orchestra of Japan under Michiyoshi Inoue, that will take place on 24, 25 and 26 May. The concert was previously premiered by the National Orchestra of Mexico under Carlos Miguel Prieto (watch video) and the Tucson Symphony Orchestra under José Luis Gómez, with extraordinary success. The European premiere by the Oviedo Filarmonía and its new principal conductor Lucas Macías will close the round of premieres on 14 August. This concert has attracted the interest of many orchestras and has already been scheduled for the 19/20 and 20/21 seasons in the United States, Colombia, Spain, France, England, Canada and Australia, adding up to 30 performances only in its first three years.