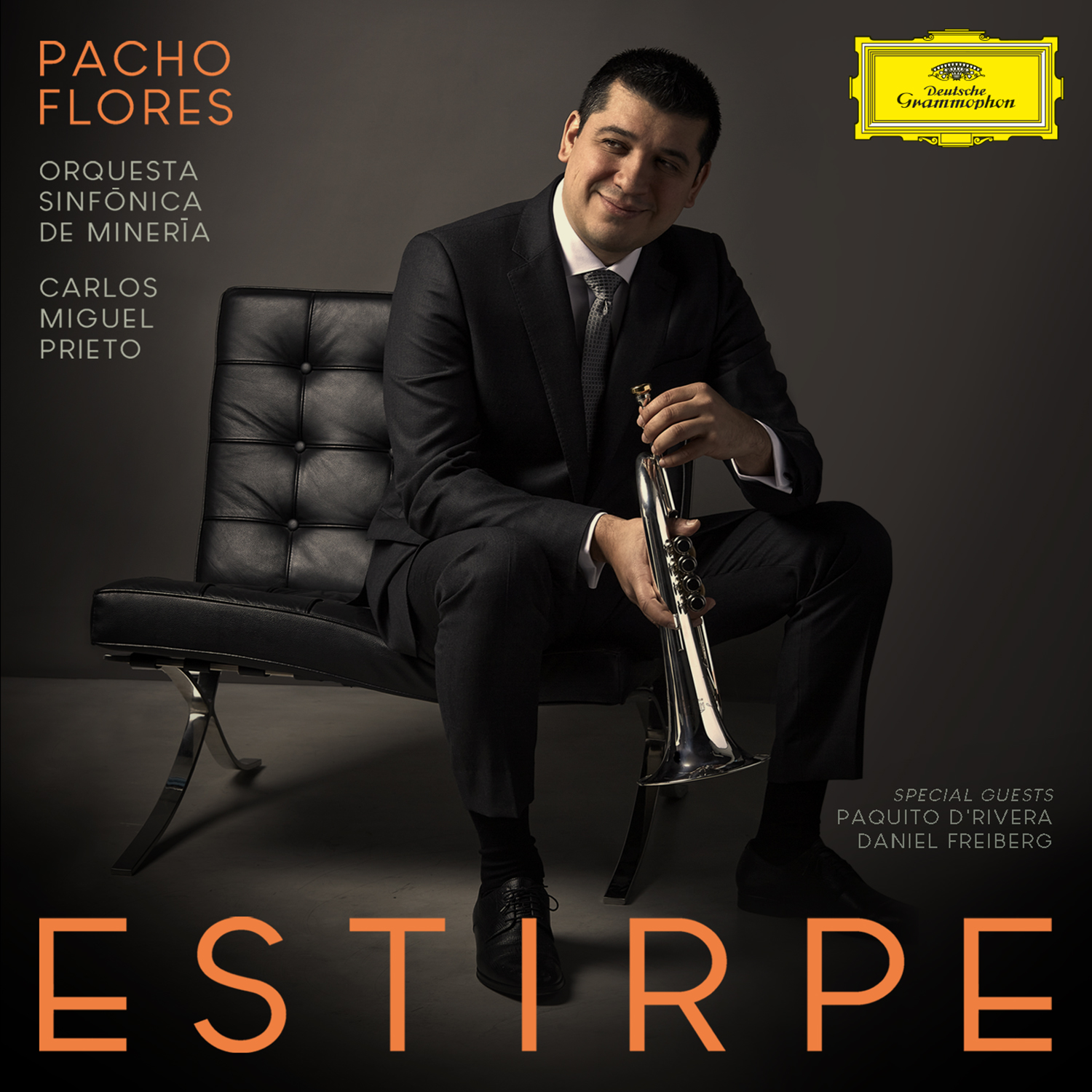 Pacho Flores launches ESTIRPE, his new record for Deutsche Grammophon label and the fifth on the yellow label, available from July, 29th on. Taking advantage of its presence in the summer season of the Minería Symphony Orchestra and Carlos Miguel Prieto for the American premiere of Historias de Flores y Tangos, by Daniel Freiberg, he presents this recording, which was made with the same protagonists in September 2019 at the Churubusco studios in the Mexican capital. This album features two outstanding guest artists, the Cuban clarinetist and saxophonist, Paquito D’Rivera, and the Argentine pianist, arranger, and composer, Daniel Freiberg, and already includes some of the concerts resulting from the project of shared commissions for new concerts for trumpet to outstanding composers that Pacho and his agency ACM Concerts have been managing in recent years and that has already added six new concerts to the repertoire and with a seventh in the process of composition.

The album opens with the Concierto de Otoño by Arturo Márquez, the first concerto of the project, premiered in September 2018 by the National Symphony of Mexico under the baton of Carlos Miguel Prieto. Along with the OSNM, the other orchestras participating in the commission were the Tucson Symphony Orchestra, which premiered it with its head José Luis Gómez; the Orchestra of the Performing Arts Center of Hyogo, Japan, with maestro Michiyoshi Inoue, and the Oviedo Filarmonía, with Lucas Macías. Next we find Crónicas Latinoamericanas, by Daniel Freiberg, a commission from the WDR Sinfonieorchester of Cologne, originally conceived for clarinet, which Freiberg adapted for trumpet as soon as he saw Pacho on stage.

The third concert on the album is the Concerto Venezolano by Paquito D’Rivera, also resulting from the project of shared commissions. In this case, it was the Minería Symphony Orchestra itself, again under the direction of Prieto, who starred in the Mexican premiere and participated in the commission together with the Royal Liverpool Philharmonic orchestras, which premiered it with its current Music Director, Domingo Hindoyan, the Orchestra of Valencia, with Hernández-Silva, and the San Diego Symphony, with its head Rafael Payare. The last of the four concerts included on the album is Mestizo, by Efraín Oscher, which has a special meaning: Commissioned by the Children and Youth Orchestra System of Venezuela and premiered in Caracas in 2010 with the Simón Bolívar Orchestra and the direction of Domingo Hindoyan, it is the true antecedent of everything that came later with this project of shared commissions, as it was the very first concert composed for various instruments of the trumpet family, which later became a constant and a distinctive feature of Pacho Flores’s performances. The album ends with Morocota, a Venezuelan waltz by Pacho Flores originally composed for trumpet and guitar and included on ENTROPÍA, his second album for Deutsche Grammophon, with guitarist and cuatrista Jesús ‘Pingüino’ González, and later also orchestrated by Pacho himself.